Chris Berman, king of the nickname.

I was six the first time I went to a baseball game. My family was vacationing to Kansas City, a glorious and beautiful oasis in the summer. By oasis, I do mean it’s like being in a barbecue smoker for days at a time.

We went to Kauffman stadium and sat, watching the Royals play another team. I, of course, remember very few details. As a six year old, I paid very little attention to the action. After all, there were hot dogs and a sweet jumbotron in the outfield. Who cares what George Brett is up to?

As time passed, I became more and more in love with baseball. A move to Kansas City gave me a team to root for and I watched as Bob Hamelin and Joe Vitiello took the Royals from bad to… well, still very bad. Then a new group of Kansas City stars arrived. They were no help either. All the way up to this season the Royals have been bad. I've still rooted for them even though I know that Kyle Davies will never pitch a perfect game. He's been lucky to pitch a decent game.

Since the Royals were never in contention, Royals fans like me were forced to look elsewhere for something to celebrate. Each year, we proudly compare our stadium to others around the league. We would talk about how we used to be good.

The only real point of pride for Royals fans, though, happens to be our all-star.

In the Major League Baseball All-Star game, every team in the league gets a representative. That means that for teams like the Royals, we get to pretend one of our players is amongst the most elite in the league for about a week. Sure, many of our “all-stars” would be warming the bench for a team like the Yankees, but we still have one all-star. Hooray for us!

The game is a very important tradition that has produced some of baseball’s finest moments. Now, though, it has become boring and pointless, but it is still a tradition. It’s not just the game, though, that has a tradition behind it. Along with the annual game comes one of my favorite sporting events of all time: The Homerun Derby.

Every year, the day before the All-Star game is filled with festivities and competitions for players to prove their athletic prowess. After the Babe Ruth Beer-Swilling Competition and the Anabolic Steroid Injection races comes the derby, the king of all baseball competitions.

Eight batters grab their large wooden bats and try to hit small leather balls a great distance. The one who hits the most over a fence wins.

It seems very simple, but there are a lot of strategic points that go into this. For instance, it’s very important that you hit the ball with the bat if you want it to go over the fence. Also, you want to hit it very hard.

Actually, that’s about it as far as strategy goes.

The event itself lasts for roughly 6.5 years with each batter taking their sweet time before they hit a homerun. This would be boring if it wasn’t for one man.

Think back throughout your life. In the time that you have been on this planet, there is sure to be one person that you wished would go mute. You avoided them because they always had something annoying to say and, once a conversation was initiated, you would never get them to stop. Now, imagine them on television where their job is to talk for three hours.

Chris Berman is that person.

Despite his insane annoyance, Berman has become the high point of this event for me. Why? Because he is the single most unintentionally hilarious man in the history of the world.

Berman comes up with creative nicknames for players. At least, they are creative to him. To everyone else, they are dumb and obnoxious. For example:

Jon “Get thee to a” Nunnally

Luis Sojo "in the rain"

Chuck "New Kids on the" Knoblach

Nicknames like this make him the constant butt of jokes throughout the homerun derby. No matter how boring and stupid the derby may seem, Berman is sure to say something that is even dumber.

Next year the All-Star Game comes to Kansas City. That means that Chris Berman will also come to Kansas City, bringing with him his nicknaming ability. I fully intend on hunting Berman down and forcing him to give me a nickname. Then, the high point of my life having finally been reached, I can die happy.

What I'm trying to say is this: if you are reading this Chris, I want to hang with you. I'll buy you some barbecue, you give me a nickname. It seems like a very fair trade.

Maybe, if you feel like it, you could get a couple more Royals on the team next year, too. I bet you have nicknamed some very important people that could make it happen.

They'll probably do you this one favor as long as you agree to stop nicknaming them. 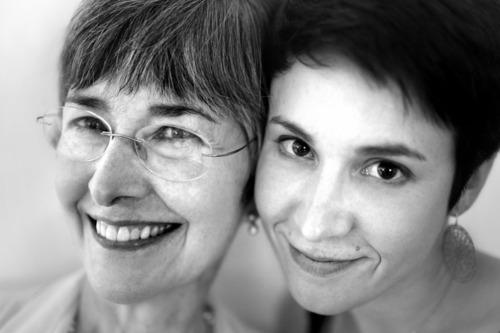 “I would be the most content if my children grew up to be the kind of people who think decorating consists mostly of building enough bookshelves.”